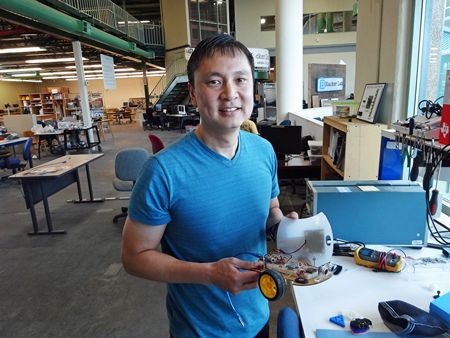 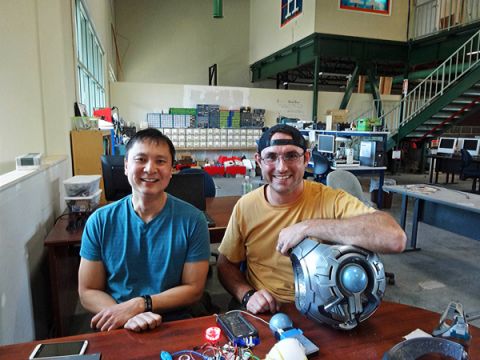 Peter Chang, Electrical Engineer, from Granite Bay, was selected as the Hacker Lab Powered by Sierra College in Rocklin April Maker of the Month for generously sharing his expertise with students and community members who have an idea and are trying to figure out a way to make it into a product.

Hacker Lab member, Ian Milward of MilworX (http://milworx.com/), was building an animatronic character from a popular videogame series to debut at the Halo World Championships in Burbank CA “Peter helped me give it its life, its spark,” said Milward. “He helped me with programming an Arduino microcontroller and taught me how to trouble shoot the coding scripts to give my character light, sound and movement. He kept me going with his willingness to share his knowledge, guiding me through the process step-by-step.”

Chang explained that he enjoys being part of the Hacker Lab community where members often ask, “What are you working on?” and share their projects. “When a community member, like Ian, runs into a challenge, I really enjoy suggesting ways to figure it out,” said Chang. “I’d thought about how to use Arduino to run in parallel to control lighting, sound and movement simultaneously, but never had a reason to try it until I started helping Ian.” Chang is also working with fellow Hacker Lab member, John Vu, RocketBooths, to create a service that helps people take their product idea and create a prototype using Hacker Lab equipment and experts in the community.

Chang will be teaching an Arduino Boot Camp to Build a Robotic Car from April 24 to May 10 on Monday and Wednesday evenings from 6:30 to 9 PM at Hacker Lab Midtown.  Students will create a robotic car that can be controlled by their phones or work autonomously using a sonar sensor. This class is for people who are familiar with Arduino or have taken the beginning class, explained Chang. “If you are a hobbyist who wants to automate lighting for a project or a student who wants to learn more about microcontrollers, you’d benefit from this class,” said Chang. You do not need to be a Hacker Lab member to attend. Sign up at https://hackerlab.org/event/sac-intro-to-microcontrollers-bootcamp-2017-04-24/.

Chang thrives on sharing his knowledge and learning from other Hacker Lab members. “There are a lot of tools and equipment here at Hacker Lab that can bring your ideas to life,” said Chang. “But more important than the tools are all the talented people making at Hacker Lab who are always eager to help you.”

Sierra College students have been mentored by Chang.  According to Carol Pepper-Kittredge, CCC Maker Statewide Project Manager, housed at Sierra College, college makerspaces provide an opportunity for students to work with industry experts to develop career skills. “Peter shows students how to methodically trouble shoot problems just like they’d need to do on the job,” said Pepper-Kittredge. “He has also mentored students on their capstone ‘Mechatronics for Humanity’ projects, helping them think of ways robotics can be used to make a difference in others’ lives. He works through the design and presentation with them. For instance, he helped students use microcontrollers for lighting and make boxes on the laser cutter to house the controls.”

Boy Scout patrols have also toured Hacker Lab with Chang. “I was an electronics merit badge counselor for my son’s troop so I enjoy showing the boys all the tools and possible projects they could make at Hacker Lab,” said Chang. He even designed a key chain tag engraved on the laser cutter with the Boy Scout Promise and Law on it for the boys to take with them after the demonstration.

The Hacker Lab Rocklin site manager, Chuck Ferguson, indicated that Chang is a valuable contributor to the community space. “He never hesitates to welcome visitors, lend a hand or help us come up with creative concepts for events such as the City of Rocklin Mini Maker Faire,” said Ferguson.

Chang says that he is just having fun. “I enjoy sharing what I know and have fun getting involved with their projects, whether it is making a prototype, designing a toy, adding lights to a project or building solutions with Internet of Things (IoT) platforms,” said Chang. “Hacker Lab is an awesome community; I’ve connected with great people and enjoy access to all the tools.” The new Rocklin location of Hacker Lab now has welding as well as sewing, electronics, laser cutting and machining in addition to offices and co-working space for small businesses.

Sierra College and Hacker Lab’s public-private partnership formed one of the first college community makerspaces in the United States. Under the California Community College Chancellor’s Office’s Workforce Development Doing What Matters for Jobs and the Economy framework, Sierra College is the Fiscal Agent and Technical Assistance Provider for the statewide CCC Maker project to support colleges in building educational makerspaces.

Hacker Lab Powered by Sierra College has just moved into a larger 15,000 sq. ft. building at 4415 Granite Dr., Rocklin, CA that offers offices and meeting space in addition to the much larger makerspace. Find more classes, bootcamps, co-working and making at the Hacker Lab website -https://hackerlab.org/.

About Hacker Lab
Established in 2012 in Sacramento, Hacker Lab aims to educate folks and spark innovation with community driven resources. Offering co-working, maker space, courses, meet-ups and events, Hacker Lab believes that technology can change the world and the starting point is education. Hacker Lab has locations in Sacramento and Rocklin. Learn more at the Hacker Lab website http://hackerlab.org/.

About Sierra College
Sierra College District is rising to meet the needs of our community. Sierra College serves 3200 square miles of Northern CA with campuses in Roseville, Rocklin, Grass Valley, and Truckee. With approximately 125 degree and certificate programs, Sierra College is ranked first in Northern California (Sacramento north) for transfers to four year Universities, offers career/technical training, and classes for upgrading job skills.  Sierra graduates can be found in businesses and industries throughout the region. More information at www.sierracollege.edu 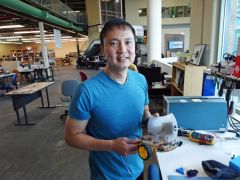 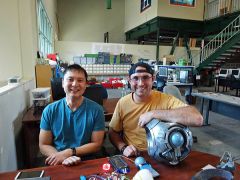 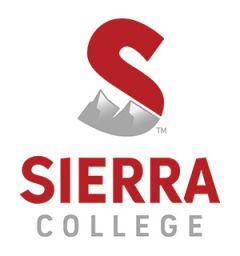