The Case of Janus v. AFSCME 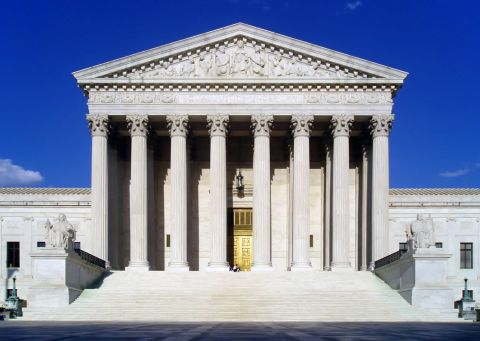 SACRAMENTO REGION, CA (MPG) - This week the United States Supreme Court ruled in the case of Janus v. AFSCME that government workers can no longer be forced to contribute to labor unions that represent them in collective bargaining, dealing a heavy financial blow to public sector unions.

This revokes a 41-year-old decision that required employees to pay union fees to the state unions that represented them whether or not the workers chose to join.

Mark Janus works as a child-support specialist for the Illinois Department of Healthcare and Family Services. Janus, who is not a union member, challenged the $45 per month that is deducted from his paycheck. That deduction goes to the local branch of the American Federation of State, County, and Municipal Employees.

Janus argued that any form of required payment to cover the cost of collective bargaining violates the First Amendment because it finances speech by the union intended to influence the government.

The unions argued that their alleged fair share fees pay for collective bargaining and other work the union does on behalf of all employees, not just its members. More than half the states already have right-to-work laws in place that ban mandatory fees, but most members of public-employee unions heavily populate the states that do not, including New York, California and Illinois.

“Neither an agency fee nor any other payment to the union may be deducted from a nonmember’s wages, nor may any other attempt be made to collect such a payment, unless the employee affirmatively consents to pay.” (p. 48)

The unions believe that the outcome could affect more than five million government workers across roughly two dozen states and the District of Columbia. Those workers’ paychecks are heavily funded by the unauthorized dues collected from employees like Janus around the country. A 2015 national report showed that the average union president makes $170,000 annually in states with compulsory dues but only $132,000 in states with voluntary dues – a $38,000 difference.

“Supreme Court rules in favor of non-union workers who are now, as an example, able to support a candidate of his or her choice without having those who control the Union deciding for them. Big loss for the coffers of the Democrats!” President Donald Trump tweeted after the 5-4 vote. The court ruled that the laws violate the First Amendment by forcing workers to support and pay unions they disagree with.

“Today’s ruling is a victory for the millions of workers who should not be forced to pay into a union as a condition of employment,” said Assemblyman Matthew Harper (R-Huntington Beach). “I applaud the Supreme Court for taking the first step to give public employees more control over their paychecks.

“In California, we should build upon this ruling to pass right-to-work policies that protect the freedom of choice for all employees. While I praise the victory of Janus, California Democrats and unions continue to install barriers that obstruct workers from opting out of unions.”